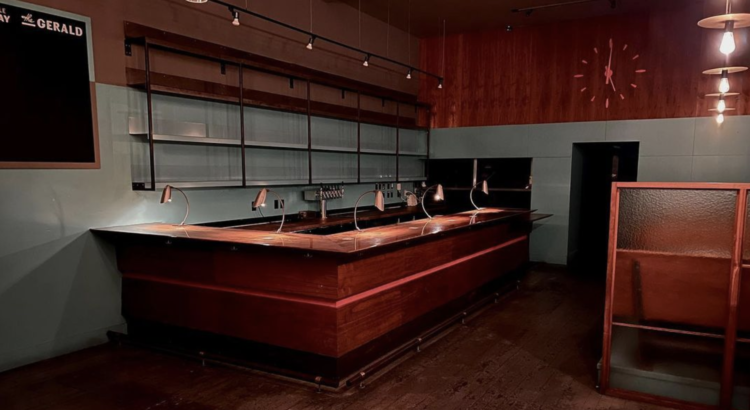 The Gerald on Ballard Ave closed at the end of 2021 with plans to reopen with a new concept.

Owner Wes Yoo bought The Gerald in 2018, and after two years, changed up the menu in 2020 to serve mostly Korean food.

He’s now closed the bar entirely to make way for a “new chapter,” as he shared in a social media post.

“Over the last three-and-a-half years of my ownership and its almost 10 years in existence, The Gerald has been home to many stories. When the pandemic hit, out of feelings mixed with desperation and hope, it became a playground for trying out ideas and seeing what could be created,” Yoo wrote.

“I got to connect with my past and culture deeper and got to share them with you. I’m so proud of what this team accomplished. To bring this chapter to an end and to start a new chapter based on what we’ve learned over the past couple of years, it’s time to say goodbye to The Gerald. The space will be reimagined as a brand new concept, still with Korean cuisine.”

Yoo is keeping the “new chapter” under wraps for now, but we’ll update as soon as we learn what’s next for the popular Ballard Ave bar.