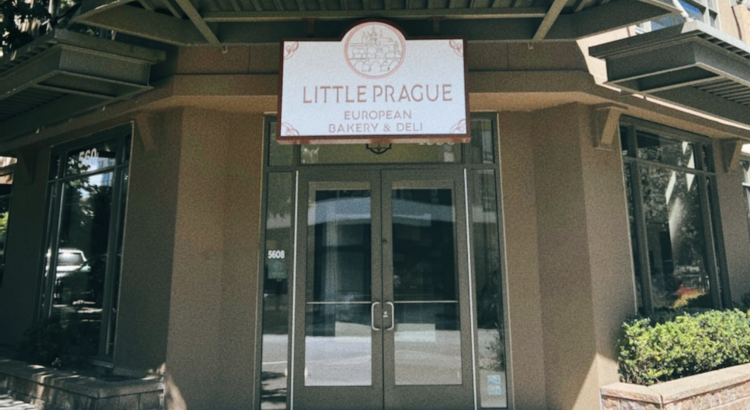 The Czech bakery Little Prague Bakery & Deli has opened its doors in the former Corner Spot location on the corner of NW 56th St and 17th Ave NW, which closed in September 2021 after a three-year run.

The bakery opened softly over the weekend. Ly posted on social media that they’ll have a smaller selection of homemade pastries until she has the capacity to offer the full menu.

Ly’s mother was the original owner of Little Prague Bakery, having launched in 1999 and operating out of farmer’s markets until opening the West Seattle brick-and-mortar at 6045 California Ave SW. Ly took over the family bakery when her mother retired.

One of the classic Czech pastries you’ll find at Little Prague is a kolach, filled with cream cheese and a choice of caramelized apples, blueberries, peaches, apricots, or strawberries. Other baked goods include strudels (fruit or poppyseed), kremroles, croissants, and cinnamon rolls.