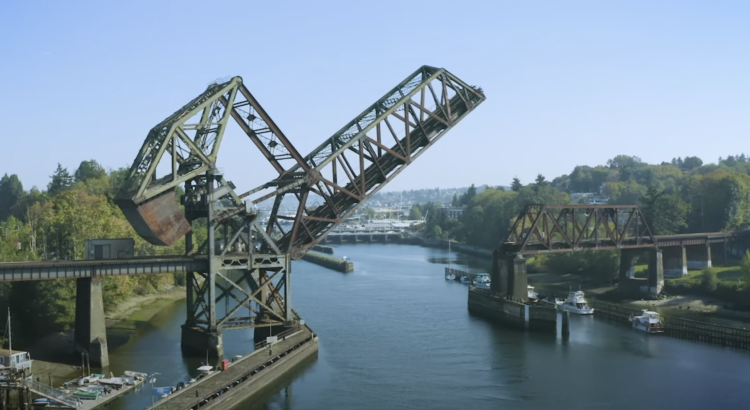 The project to rehabilitate the 108-year-old Salmon Bay Rail Bridge just received a large federal grant that will help secure its future use.

The U.S. Department of Transportation awarded the project a $25 million grant as part of the Infrastructure for Rebuilding America (INFRA) program. That, along with an additional $70 million from BNSF Railway will ensure the project can move ahead.

Planning for the project has been in the works since 2018: Originally, BNSF had planned to replace the bridge altogether. However, plans changed in 2020, when BNSF decided to instead replace the counterweight system and trunnion bearings. The decision to keep the bridge essentially as-is came after feedback from the community.

BNSF says repairs will occur during “work windows identified to minimize the impacts to marine life and protect biodiversity.”

We’ll keep you updated on more concrete plans for construction/repairs.