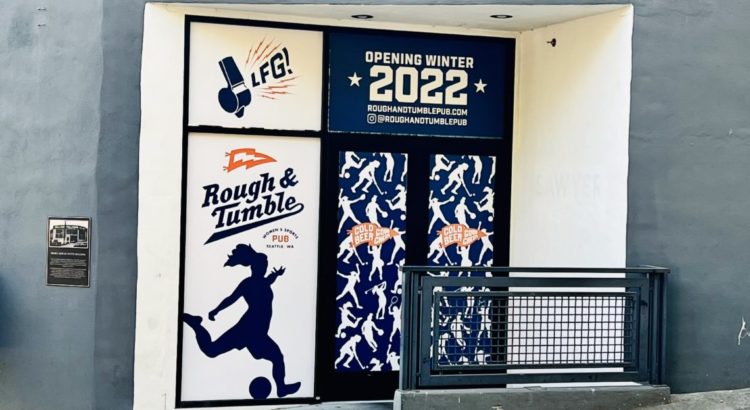 The women’s sports bar Rough & Tumble will be opening in early December in the space that used to be Sawyer (5309 22nd Ave NW), which closed earlier this month after four years in Ballard.

Rough & Tumble owner Jen Barnes tells My Ballard that they won’t be doing much in the way of renovating to get it ready for opening. “The space is so beautiful that we don’t need to do a major buildout,” Barnes said, adding that they are replacing most of the built-in tables, but have kept as much as possible.

They’ll be installing two new custom pool tables and 18 TV screens, four of which Barnes said will make up a matrix that equals a single 130″ screen over the bar.

The four-season deck will have a new counter, and Barnes said it will be available for booking events starting in January.

Rough & Tumble will also be a full-service restaurant serving families and all ages until 9/10 p.m., Barnes said.

An exact date has yet to be set but we’ll update you when the time comes.