About five hours after this morning’s apartment fire at 24th Ave. NW and 67th St., firefighters were called three blocks away for a “food on the stove” fire in an […] 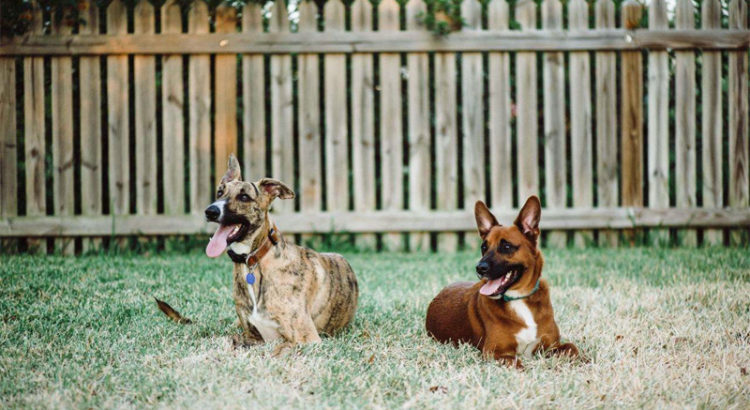 David Adams wanted to find more off-leash places in Fremont and Ballard for his pup to play, and that got him thinking. What if there was an app for dog […]

Nearly a decade ago, Ballard homeowner Randall Ehrlich says the postal service put him on “dog hold” because the carrier deemed his dog to be too threatening. The dog died, […]

With winter in full swing, Seattle Animal Shelter wants to remind locals about the importance for caring for pets in cold weather. As temperatures remain cold pets need extra attention from […]

Today, as usual, many events and celebrations for the 4th of July will involve fireworks. It is important to keep your pets safe and prepare them for the noise. Here […]

With winter in full swing, Seattle Animal Shelter wants to remind locals about the importance for caring for pets in cold weather. As temperatures remain cold pets need extra attention from […]

My Ballard reader Craig emailed in to report that he witnessed two coyotes attacking a black cat in the middle of NW 85th St on Thanksgiving. Craig was driving down […]

An update to last week’s story about a timid rescue dog that had gone missing: After many neighbors had reported seeing Gilda and eluding her owners, she finally made it […]

I’ve always enjoyed the fireworks on July 4th. The lights, the noise, it all seems spectacular to me, and mesmerizing. But for pets and other animals, the celebration has quite […]

If you walk along the east side of 14th Ave between 63rd and 64th, you’ll see orange circles painted in the grass between the street and the sidewalk. At a […]

Thanks to everyone for emailing pictures and video of yesterday’s Wuff Da! event. It seemed that everyone, pups young and old, had a great time!

Silver took this video (and many others found here) of the pet tricks. Click through below to see all the pictures.

Well over a hundred dogs packed Ballard Commons Park today for “Wuff Da,” a dog show that handed out prizes for dozens of categories. 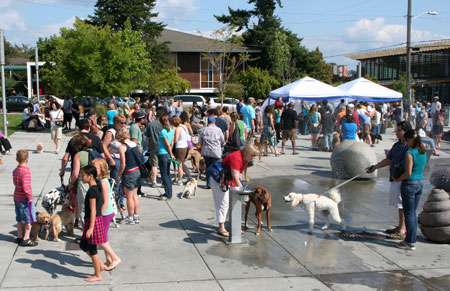 “Well, we weren’t sure how many folks would show up today. They’re all here,” said Tim Hunter, who was emcee of the event. “The line stretches from here to Fremont,” he joked of the registration line (above). 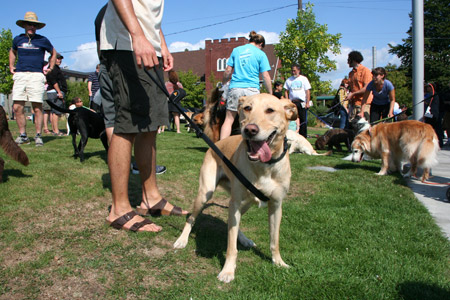 It all began with this post by Julie Albright on My Ballard. “After seeing everyone’s adorable pics of their pooches online, I say we have a Cutest Dog in Ballard Contest,” she wrote. Others agreed, selecting dates and volunteering as judges. Three weeks later, a huge crowd packed Ballard Commons Park for the event. “I think this is fantastic,” said Joyce Golden, who entered her poodle mix into the contest. “My gosh, I can’t believe all the people that are here.” 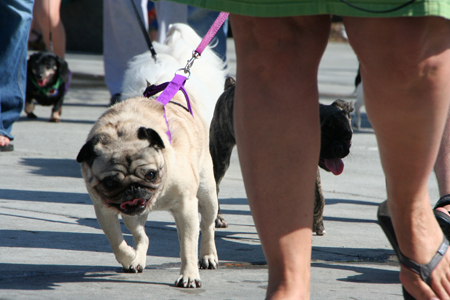 Organizers split the competition into small, medium and large dogs — each had to be from Ballard — and owners paraded their pooches around the Ballard Commons fountain. (Watch video of the event by SeattleTimes.com). 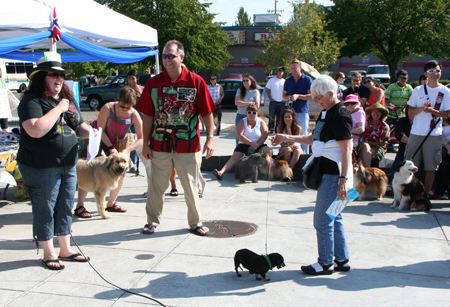 Judges evaluated the dogs on a number of categories including oldest, youngest, cutest, prettiest smile, funniest looking and longest tail. 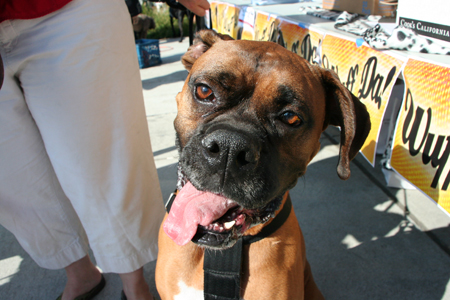 This dog, named Zeus, won the prize for the funniest-looking big dog. 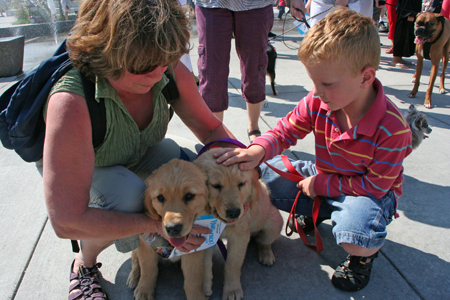 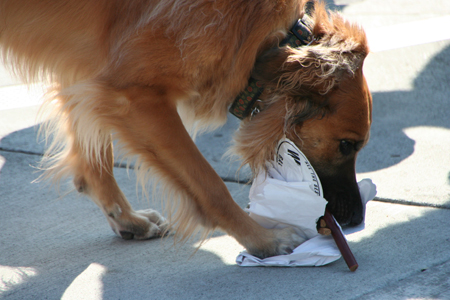 Some dogs didn’t waste their time digging into their prizes, which included bones, treats and tennis balls provided by a long list of Ballard sponsors. “Thanks also to all of the dog owners who brought down their adorable pooches; it was incredible to see a lot of Ballard’s amazing dogs in one place,” said organizer Julie Albright, who said she’s considering doing it again next year. “We’ve never had anything like this in Ballard,” said Ron Embree, who’s lived in Ballard for 40 years. “It’s excellent. We love it!” More photos below…