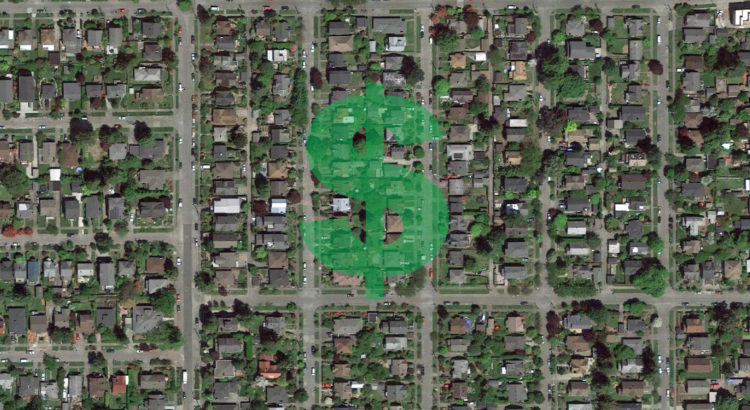 A few quick stories from around the neighborhood…

SOARING HOME PRICES: The median home price in the greater Ballard area has risen 9.9% in the last year to $851,500, reports the Seattle Times. For comparison, the Seattle-wide median price is $830,000. In the Queen Anne-Magnolia area, the number is an astonishing $1,135,500, which is up 26.2% this year alone. Just incredible.

ADDO MOVES IN: Chef Eric Rivera’s pop up project Addo at Royal Drummer is becoming permanent. Seattle Mag reports that the Royal Drummer folks will still provide the coffee, and Addo will serve up breakfast, lunch and happy hour beginning next week. Then starting next month, they’ll add brunch and dinner, too.

MAE PLOY IS BACK: Mae Ploy Thai Cuisine at 15th Ave NW and NW 65th St. has re-opened nearly three months after a driver rolled a car into the front of the restaurant. “It more than exhausted their insurance,” said Ted in the My Ballard Facebook group. “Let’s support ’em!”

YAK’S TERIYAKI: The Fremont fixture Yak’s has shut down, and Palmi Korean Cuisine & Teriyaki has moved in the corner spot on Fremont Ave. to take its place. “You’ll find a variety of Korean BBQ dishes, hearty spices in soups and stews, and classic Teriyaki favorites,” explains the website.

SECRET SOVIET MAP: The Seattle Times has a great piece about a secret Soviet Union map of Seattle from 1976. At the end of 24th Ave. NW at Salmon Bay, the map shows the label, “Explosion mechanisms and radio electronic devices.” And it turns out, Honeywell Marine Systems Division was operating there at the time — with high security — possibly on torpedo homing systems.

BIKESHARE REPORT: Today the city council heard a preliminary report on bikeshare use in Seattle. As you might imagine, Ballard over-indexed in use compared to most neighborhoods. One tidbit: 70% of bikes were parked correctly, 26% were partially blocking a walkway and 4% were fully blocking a path. It’s still too early for stats on the new bikeshare parking spots.

By the way, the Ballard community calendar is PACKED with summer events in our area, and you can submit your own events, too.

MAE PLOY is to expensive and I can’t afford to eat there. I generally just eat the lean cuisine’s from Target

The Soviets didn’t need to map Seattle – they probably already considered it communist territory. People like Sawant run around with red banners screeching about imaginary racism and demanding the workers(!) pay for the junkies via taxes that may cost them their jobs. The biggest irony is the Democrats call anyone who happens to drop a fact or two on them a “Russian Bot” while finding new ways to cozy up to China.

They say leftists have no sense of humor but their self parody game is on point!

This post appears to invite personal harassment, possibly violent. It should be removed.

Wow, just wow!
Leftist implied violence, too. Real quality folks here you guys fork over your taxes to in Seattle.

Am I misremembering or is there not a Yak’s on 15th and Dravus?

Bikeshare parking compliance is 70%?!? What would the streets look like if 30% of cars parked illegally?

Why aren’t all these bikes everywhere simply called litter? Anything else would be. This survey to me is like 1 where Colonel Sanders talked to his chickens, and they told him “there were happy”.

Guest
Answering with a Question

Why aren’t cars parked on the street simply called litter? At least I can hop on any bikeshare and go. If I tried that with the cars littering my street, I’d get thrown in jail.

Guest
Roads are for driving

Yeah let’s build a bunch of roads for people to get around but then let the over entitled single family home owners use them to store there cars becaise their lots are too precious to have garages. Makes a ton of sense. Just think of what would happen to traffic if two lanes got added to very street.

I think that’s a great idea, but you already know the reason why: infrastructure. Even if roads were free to build, where would we put them? Not every house has a garage/driveway, and what about the small (6-unit) single story apartment houses? Where would those cars go? Unfortunately, this one isn’t an easy fix, and there’s only so much land to go around. If we made more space for cars, we’d have less space for homes, and then we’d have…great roadways, but nowhere to live.

Guest
Roads are for driving

“There isn’t enough land to go around” means a complex issue when there isn’t a place for cars, but a simple issue involving bums and drug addicts when it’s about people. However, the solution of leaving cars on the street is ok, but people is not.

There’s plenty of land for the homeless drug addicts. Just not in Seattle, because we’re mostly water-locked. If you really want them to have land, there’s Alaska, Montana, large swaths of Texas, Nevada…I could go on, you get the point. If you want more roads in Seattle, well…see my first point.

I agree that any survey I disagree with is made up!