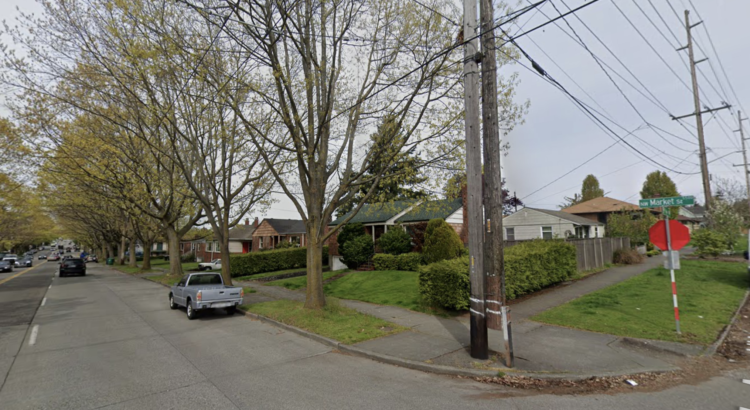 Plans for the 6-story apartment complex going in on the northeastern corner of 9th Ave NW and NW Market St are moving ahead, with a design review recommendation meeting set for early April.

The apartment complex plans include 161 units with parking for 60 vehicles. Several small homes would be demolished to make way for the new apartment, which will span over half the block between 9th and 11th Avenues NW. (Here are the most recent design plans)

The architect is Public 47 Architects, and the developer is FA Johnson.

The new apartment would be built just across the street from a 5-story, 229-unit apartment building at 907 NW Market St and a new Ballard Aegis Senior Living center.

Down the street, a 7-story apartment building is set to replace the Firestone at 1145 NW Market St. The plans include 122 units with ground-level retail. Parking for 70 vehicles is proposed. Just west of 904 NW Market St is the future site of yet another 5-story apartment complex at the current KFC location. The plans include 86 small efficiency dwelling units with no parking proposed.

The virtual design review meeting for 904 NW Market St will be held April 4 at 5 p.m. The meeting will be open to the public, who are invited to provide comments on the proposed design.